We are absolutely thrilled to announce that four of our beautiful picture books have been selected for featured inclusion in the catalogue of the very prestigious Hello! from Australia exhibition which will be held at the famous Bologna Children’s Book Fair in Bologna, Italy, April 3-6. As well, an illustration from one of the featured books, Margrete Lamond and Ingrid Kallick’s Two Troll Tales from Norway, has been selected to be hung as part of the exhibition itself.

Here’s more about the exhibition, from the catalogue:

Hello! From Australia is an exhibition that aims to promote Australian literary culture, drawing attention to the creativity of Australian children’s book illustrators and the diversity and excellence of the Australian Children’s Book Industry. The exhibition also aims, specifically through the catalogue, to support publishers in the promotion and sale of rights of Australian books and facilitate contact between Australian publishers and international publishers, agents and promoters. Since 2009, eight Hello! From Australia exhibitions have been curated by Books Illustrated for the annual Bologna Children’s Book Fair. Many have then toured to events and festivals in Australia and particularly into Asia. 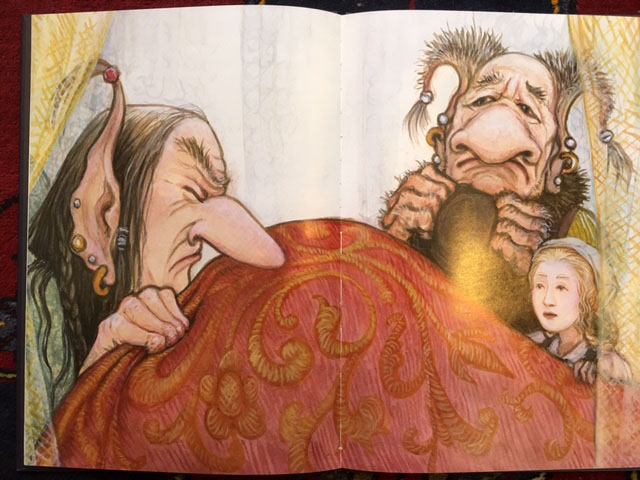