We are delighted to join with United Publishers of Armidale in bringing you the virtual launch today, Friday August 28, of Four on the Run, a lively, funny chapter book for young readers written by Sophie Masson and illustrated by Cheryl Orsini. The Virtual Launch, hosted on the United Publishers of Armidale website,  features a series of fabulous videos for you to enjoy. The book is being launched by Lesley Gibbes, author of acclaimed junior fiction and picture book, and you’ll hear from her in the first video. Then in the second video, you’ll hear from author Sophie Masson, introducing the book and its inspiration and process, and in the third video, Sophie reads the intriguing first chapter of the book. The final video is a little book trailer.

You can view these today, or on any day!  Thank you for joining us in the celebration of Four on the Run, and we hope you enjoy. And don’t forget to visit the book’s Featured Pages on the UPA website for more information, and wonderful activities! 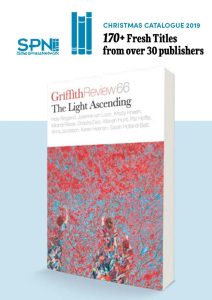 We are delighted to be part of the many wonderful small publishers to be featured in the 2019 Small Press Network Christmas catalogue. Our five 2019 titles are listed in the children’s books section in this fabulous catalogue, which goes out to thousands of booksellers and libraries around Australia. But anyone interested in the wonderful range of small-press books being published around Australia can consult the catalogue online, here.  Have a look! 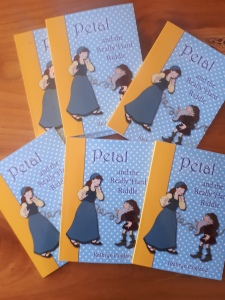 We were excited to receive stock this week of our gorgeous new August title, the lovely chapterbook Petal and the Really Hard Riddle, written by Kathryn England and illustrated by David Allan! For young readers 5-8, it’s a real delight of a book, with a funny, engaging story and absolutely beautiful illustrations. Available in all good bookshops from August 1!

We are delighted to announce that today is the official publication day of our newest Eagle Books title, Simon Higgins’ fantastic adventure novel, Tomodachi: The Forest of the Night!

Beautifully-written, excitingly-paced and with a deep understanding of one of the most interesting historical periods and fascinating cultures in the world, this is a superb novel that we are very proud to publish, with its beautiful cover and internal illustrations created by Simon’s wife, artist and animator Jenny(Yuxiao) Wang.

To whet your appetite for Tomodachi: The Forest of the Night, we are thrilled to present this lively and atmospheric trailer, created by Crane Animation and scripted and narrated by Simon Higgins. Enjoy!

Delighted to reveal the cover of our forthcoming (April) title in our Eagle Books imprint, Sophie Masson’s Jack of Spades. The fabulous cover image is by Yvonne Low, design by Beattie Alvarez.

The second of our celebratory launches for A Toy Christmas will be held in Sydney on Thursday November 17 at the lovely Balmain Library at 6 pm. The book will be launched by the wonderful author Ursula Dubosarsky , and some of the contributors to A Toy Christmas will be there, including the editor and compiler Sophie Masson. And there’ll be light refreshments and door prizes! It’s a free event but you can book at http://www.innerwest.nsw.gov.au/whatson, see poster below.

We’re delighted to announce that our beautiful illustrated anthology, A Toy Christmas, will be launched twice, in two cities! First up will be the Melbourne launch, at the beautiful new children’s bookshop, Readings Kids in Carlton, on Thursday November 10 at 6 pm(for 6.30). The lovely author-illustrator Sally Rippin will be launching the book, and four contributors to the anthology: George Ivanoff, Goldie Alexander, Meredith Costain and Michael Grey, will be there to sign books, as will the editor and compiler, Sophie Masson. Official invite below. We’d love to see you there!

(You can RSVP to contact@christmaspresspicturebooks.com, or just turn up on the night!)

Retold in lively and authentic style by Norwegian-Australian author Margrete Lamond, and sumptuously illustrated by Norwegian-American illustrator Ingrid Kallick, these stories of magic and mischief from Norway will enthral young readers!

Award-winning illustrator Ingrid Kallick’s work has been featured in magazines and books, including in the Once Upon A Christmas anthology (Christmas Press 2014). Her work was selected for the Society of Illustrators Los Angeles shows in 2013 and 2015, with a bronze medal in 2015. Her magazine covers won the SCBWI Magazine Merit Award in 2012 and 2015, while her selection for the SCBWI stand at the Bologna Book Fair in 2014 received an honourable mention. Two Troll Tales from Norway is her first picture book.

Two Troll Tales from Norway is available from all good bookshops around Australia. 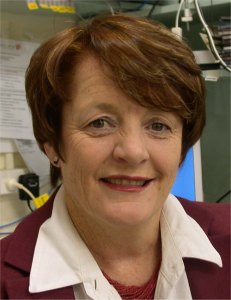 To celebrate, we spoke to the author about the novel and what’s it like seeing it back in print. (Interview cross-posted from the Second Look website)

First of all, Libby, congratulations on the release of the new edition of Eleanor Elizabeth in Second Look! We are so thrilled to be bringing this wonderful novel back to a new generation of readers. In your new introduction to the book, you wrote about how the book came about. How does it feel like, revisiting your first novel?
It’s a strange experience. I feel so proud to see it back in print. It was my first attempt at writing a novel, I didn’t know if it would ever be published and so revisiting it brings back all the pleasures of creating it while at the same time fearing it would never see the light of day.
One of the striking things about this novel is the sense the reader gets of the natural environment, which has a real role to play in the story. How did you build up that vivid background?
I wrote the book while I was living in Europe so I was missing my homeland at the same time as wanting to place my characters there. I spent a lot of time focusing on my own memories of landscape and the difference between where the story starts and where the family moves and lives. The new environment helps shape the main character. It’s almost a character in the story.
Elizabeth’s diary is almost like a kind of time-travel device, plunging Eleanor back into the past. How did you recreate Elizabeth’s world?

I knew enough about rural life in the late nineteenth century – that’s the story of my mother’s family.  I had to spend time looking at the kind of language Elizabeth would use. Diaries were a great help – especially Ethel Turner’s, despite it being about twenty years later.
You have gone on to become one of Australia’s most acclaimed and popular authors. What role do you think Eleanor, Elizabeth played in that?
The success of Eleanor, Elizabeth gave me confidence to keep going. I had written it while I was a member of a writing group in London and that group was very demanding in terms of finding the right image and language and sentiment. It encouraged experimentation. I still have that in my head as I write. I think I have also been lucky.
The Second Look edition of Eleanor Elizabeth is available in all good bookshops.  ISBN: 9780994234070, RRp $18.99.
June 18, 2016 christmaspresspicturebooks

Absolutely fantastic event last night at Walcha Gallery of Art, celebrating John Heffernan and Kate Durack’s gorgeous book with Christmas Press, Two Tales of Brothers from Ancient Mesopotamia. The evening featured a great exhibition of Kate’s original art from the book and a fabulous talk by John about the experience of writing the book, and the extraordinary Epic of Gilgamesh, which is the source of the stories he retold. The big,enthusiastic crowd just loved it and all the stock of books went in a flash!

Fiona McDonald and Sophie Masson represented Christmas Press at the celebration, and had a lovely time!
Thank you to the Walcha Gallery of Art, Reader’s Companion, and everyone who helped make this such a great event. And congratulations to that fantastically creative duo, John Heffernan and Kate Durack.