Armidale-based children’s book publishers, Christmas Press and Little Pink Dog Books, are delighted to announce a brand-new joint initiative, United Publishers of Armidale, with the launch of a new website, www.unitedpublishersofarmidale.net, and associated social media on Facebook, Instagram and Twitter.

The United Publishers of Armidale website features a number of books from each publisher, with free activities and resources to go with each, as well as information on each title. Activities and resources include audio and video presentations by creators, puzzles, quizzes, word searches, printable colouring pages, teachers’ notes, and more. The Featured Books page will be updated regularly with new, upcoming and backlist titles and their associated activities, while the About page gives information about the UPA partner publishers.

‘The idea behind United Publishers of Armidale is that in these difficult times, it makes sense for publishers, especially small, regionally-based publishers like us, to pool our efforts and resources in order to promote and showcase our books and help to support our creator communities, and we’re thrilled to be partnering with Little Pink Dog Books on this,’ said Sophie Masson, co-director of Christmas Press. ‘But it’s also very much about supporting the wider community, especially children, their families, teachers and carers, by offering free resources and activities through a dedicated website.’

‘We are delighted to be partnering with Christmas Press in this new enterprise and we hope that everyone will have lots of fun discovering our featured books and the activities around them,’ said Kathy Creamer, co-director of little Pink Dog Books. ‘And we warmly thank our authors and illustrators for getting so enthusiastically behind the project and creating such fabulous and diverse activities for our readers.’

Books featured for the website launch are, for Christmas Press, middle grade historical fantasy novel, The Phantasmic Detective Agency, by Julian Leatherdale (out May 2020) and Australian Children Laureate Ursula Dubosarsky’s recent collection of plays, The Boy Who Could Fly and Other Magical Plays for Children(2019); and for Little Pink Dog Books, author-illustrator Trish Donald’s picture book Tissy Woo and the Worry Monsters(2018) and Parmesan, The Reluctant Racehorse, written by Jacqui Halpin and illustrated by John Phillips (2017).

Check it all out here!

To celebrate, we spoke to the author about the novel and what’s it like seeing it back in print. (Interview cross-posted from the Second Look website)

First of all, Libby, congratulations on the release of the new edition of Eleanor Elizabeth in Second Look! We are so thrilled to be bringing this wonderful novel back to a new generation of readers. In your new introduction to the book, you wrote about how the book came about. How does it feel like, revisiting your first novel?
It’s a strange experience. I feel so proud to see it back in print. It was my first attempt at writing a novel, I didn’t know if it would ever be published and so revisiting it brings back all the pleasures of creating it while at the same time fearing it would never see the light of day.
One of the striking things about this novel is the sense the reader gets of the natural environment, which has a real role to play in the story. How did you build up that vivid background?
I wrote the book while I was living in Europe so I was missing my homeland at the same time as wanting to place my characters there. I spent a lot of time focusing on my own memories of landscape and the difference between where the story starts and where the family moves and lives. The new environment helps shape the main character. It’s almost a character in the story.
Elizabeth’s diary is almost like a kind of time-travel device, plunging Eleanor back into the past. How did you recreate Elizabeth’s world? 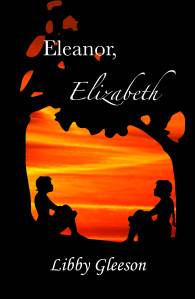 I knew enough about rural life in the late nineteenth century – that’s the story of my mother’s family.  I had to spend time looking at the kind of language Elizabeth would use. Diaries were a great help – especially Ethel Turner’s, despite it being about twenty years later.
You have gone on to become one of Australia’s most acclaimed and popular authors. What role do you think Eleanor, Elizabeth played in that?
The success of Eleanor, Elizabeth gave me confidence to keep going. I had written it while I was a member of a writing group in London and that group was very demanding in terms of finding the right image and language and sentiment. It encouraged experimentation. I still have that in my head as I write. I think I have also been lucky.
The Second Look edition of Eleanor Elizabeth is available in all good bookshops.  ISBN: 9780994234070, RRp $18.99.
March 29, 2016March 25, 2016 christmaspresspicturebooks

In this great interview, author Duncan Ball talks about his fabulous book, This School is Driving Me Nuts and Other Funny Plays for Kids, launch title for our Second Look imprint, which was published this month.

First of all, Duncan, congratulations on the publication of This School is Driving Me Nuts! We are delighted that it’s the launch title of our Second Look imprint. Can you tell us something about the process you went through, updating and revising the original plays from Comedies for Kids?

Authors rarely get to re-write their work after it’s published. It’s all set in stone once it’s a book. After Comedies for Kids was published I read and re-read the shorter plays out loud in schools.  I could see that some of the jokes needed changing because either the kids didn’t get them or they just needed little changes to get bigger laughs. And when I saw some of the plays performed I could see how they could be improved. When Second Look agreed to re-publish the plays I had lots of notes about how to make the plays better and that’s exactly what I did.

You wrote a new play, “The Teeth of a Vampire”, for the new edition. What was that like, going back into the spirit and atmosphere of the collection to create something new?

I really enjoyed it. All I had to do was to re-read the other plays and I was back in the groove again. Writing comedy is very challenging but, when it works, it’s the best.

Plays suitable for children to perform–especially funny plays!–are not easy to find. Why do you think that is?

Kids love to read plays. I discovered this when I was working at the School Magazine at the NSW Department of Education. I think the reason for this is because plays don’t have all the (sometimes boring) description that other writing has. They also like the novelty of having the story all in dialogue. I think that many publishers avoid publishing plays for kids is that they’re afraid that parents won’t buy them. They’re wrong, of course.

What are your top tips for writing plays kids will enjoy?

It’s important to write what you enjoy reading. If you enjoy it there’s a good chance that others will too. When it comes to writing for kids an adult (like me) has to try to become a kid again. When I sit down to write I become the

twelve year old I was many many years ago.

Tell us about some of your favourite anecdotes regarding these plays.

There are so many things that have happened regarding these plays. Here are a couple of them that spring to mind:

Three of these plays were performed by First Nations kids (Cree Indian high school students) in Northern Saskatchewan in Canada. They took their productions to provincial and national competitions and won themselves a number of prizes. I was sent videos of the plays but I wish I could have been there to see the actual performances.

Recently, a woman contacted me to say that when she was in primary school she and her cousin acted out one of the plays, “Yak Attack” for their grandmother. Last month her grandmother was having her 90th birthday and said that she loved the play so much she wanted the women to act it out again—which they did.

We are very excited here at Christmas Press, because not only have we got some fabulous new titles coming up in our core Christmas Press Picture Books list–watch this space!–but we are also debuting two wonderful new imprints this year–Second Look Publishing and Eagle Books.

Second Look Publishing: New editions, in e-book and print on demand format, of classic out of print Australian children’s literature, featuring plays, poetry and fiction. Our launch title(March 2016) is a completely revised edition, with a new play added, of a hilarious collection of plays for children by Duncan Ball, illustrated by Craig Smith, which we’ve retitled This School is Driving Me Nuts and Other Funny Plays for Kids (originally published in 1988 as Comedies for Kids). It will be followed in July/August 2016 by a new illustrated edition of Libby Gleeson’s powerful first novel, Eleanor, Elizabeth.  We plan to publish two-three Second Look titles a year.

Eagle Books: A new list also debuting in 2016, this will focus on adventure novels for older readers,  by both classic and contemporary authors. The launch title (April 2016) is a magnificent limited edition of the first new English translation in over a hundred years of  a great classic adventure novel by the legendary French author Jules Verne. Translated by distinguished translator Stephanie Smee, with illustrations by David Allan, Jules Verne’s Mikhail Strogoff is a major publishing milestone!